A crisis has helped to create a company with a world famous name. 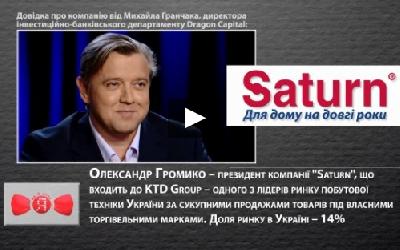 Alexander Gromyko, the President of the Ukrainian Association of Manufacturers, an entrepreneur and volunteer, was a guest of a new issue of the "How I became" TV-show.

As the President of the "Saturn" Company, which is a part of the “KTD Group” - one of the market leaders on home appliances in Ukraine by total sales of goods under its own brand, Alexander Gromyko told us how he started his own business and created his own world known «Saturn» brand.